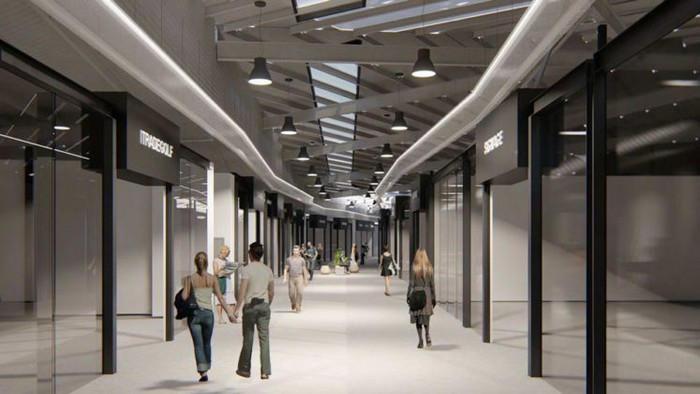 Direct Factory Outlets (DFO) Jindalee could be in for major changes, with a six-theatre cinema, a BCF outlet and new dining outlets proposed for the factory outlet retail centre.

Chin Yin Pty Ltd has submitted a Development Application for an expansion of the shopping centre and addition of new shops as well as food and drinks outlets.

The DA is broken down into two stages.

Under the first stage of the plan, tenants will be rearranged in the southeast portion of the retail centre so that a BCF retail store could be put in place.

Stage 2A of the DA also calls for construction of a Reading Cinema with six cinemas, including a high-end Titan Luxe movie theatre. The square footage of the commercial centre will also be increased by 207 square metres. A huge portion of the expansion will be at the level below the proposed cinema.

The eastern side of the centre will have an improved outdoor pedestrian footpath and outdoor dining that will be fully landscaped. There will be new entryways on the eastern side, replacing the current wall.

DFO Jindalee was developed in 2007 and was sold to the new owners in March 2016. The new plans are part of the vision of the new owners to reinvigorate the shopping centre.

In its initial review of the DA, the council raised issues including traffic and noise impact. The council also noted that Stage 1 and the food and drink outlet component of Stage 2A are accepted development. Thus they are not assessable and should not be part of the application.

As to the assessable aspects of the proposal, the applicant is being asked to provide traffic impact assessment to thoroughly present the impact of the development on the external road network. The council is also requiring the applicant to seek advice from the State Assessment and Referral Agency (SARA) since the site is fronting Centenary Motorway.

Read: Centenary Motorway Bypass Among the Key Projects in the Strategic Transport Road Map for SEQ

The applicant is yet to respond to the initial review.