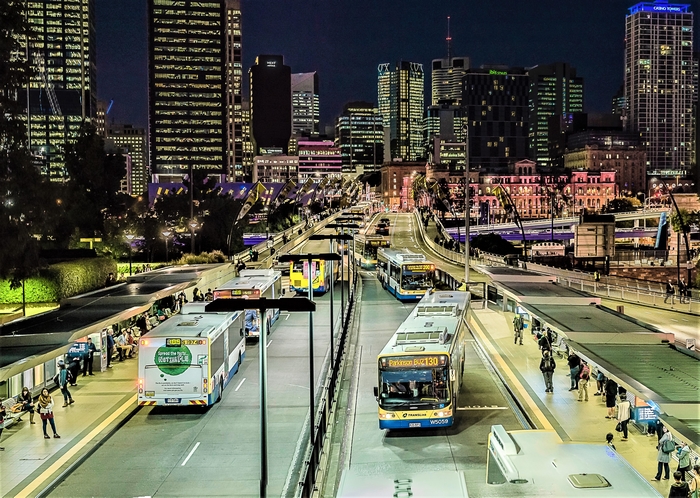 In a bid to prevent possible gridlock by 2041, the Council of Mayors (SEQ) has announced the road map of 47 road and rail projects, including the Centenary Motorway Bypass, that will address potential transport and congestion problems that South East Queensland will face decades into the future.

Coinciding with the announcement of the Strategic Transport Road Map was the release of the SEQ People Mass Movement Study that looked into the possible impact that the population growth will have on SEQ’s transport demand in the future.

“Our research shows that even if every committed and planned project in this region is delivered, the majority of SEQ’s major road corridors will be over capacity by 2031. By 2041, the region will be in gridlock,” said Council of Mayors (SEQ) chairman and Brisbane lord mayor — Graham Quirk.

“The region has never had a shortage of plans or strategies from Federal, State and Local governments, but this is the first time we’ve had a consolidated view of transport in SEQ. The SEQ People Mass Movement Study brings all of these plans into one complete regional strategy,” Cr Quirk said.

The study ultimately led to the outlining of prioritised transport projects that are necessary to meet the future demand between 2019 – 2041, which is estimated to cost around $2.7 billion per year. The Council says that the figure is achievable considering the average spend in SEQ of about $ 2 – 3 billion per year.

“Forty-seven major projects are prioritised in the SEQ People Mass Movement Study for delivery over the next 23 years. This includes the introduction of a faster rail network running from the Sunshine Coast to the Gold Coast via Brisbane, and to Ipswich and then Toowoomba,” Cr Quirk said.

Some of the priority projects under the Transport Strategy for South East Queensland include:

The Transport Vision is divided into “½ hour Smart City” and “Smart Regional Connectivity”. The “Smart Regional Connectivity” aims to cut travel time to 45 minutes: between Brisbane-Gold Coast, Brisbane-Sunshine Coast, Brisbane-Ipswich, and to the eastern edge of Toowoomba from Brisbane. The “½ hour Smart City”, on the other hand, aims to cut urban commutes to 30 minutes.

“An SEQ faster rail network will slash commute times from the Sunshine Coast to 45 minutes, from the Gold Coast to 35 minutes and from Ipswich to just 20 minutes. This will take immense pressure of the Bruce and Pacific highways and support the fast-growing communities of Ipswich, Logan and Moreton Bay,” he said.

RACQ, the State’s peak motoring body, through its spokesperson Paul Turner, welcomed the announcement. He said that the Club is particularly pleased to see many of the priority projects, outlined in the Mobility Matters Report, incorporated in the Transport Strategy as well.

“These are critical transport projects that are essential to meet population growth, manage congestion and improve productivity in the region into the future,” Mr Turner said.

The full list and description of the 47 priority projects can be viewed here.