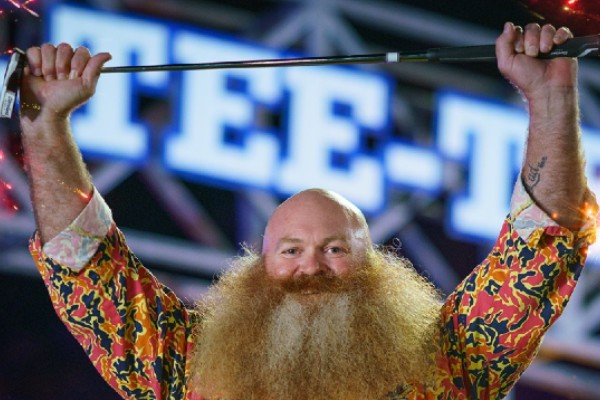 Holey Moley Australia named its first winner and it’s none other than Mark Duncan, a waste management worker for Australia Post in Darra.

Duncan made it to the final hole, “The Tomb of Nefer-Tee-Tee,”  designed by retired pro golfer Greg Norman after winning against Jesse Earnshaw on “Clowning Around” and Teresa Thoi on “Polcano.”

Considered an underdog that night, Duncan needed to defeat pro golfer Montana Strauss and drone pilot Jayden Lawson during the final rounds to take home the $100,0000 prize and the show’s golden putter.

Duncan, 48, lives in Redlands City where the golf reality TV series was filmed. As a waste management worker, he cleans and recycles waste at Australia Post.

The prize would be a big help for the dad of two and his wife Karen, who has worked in administration at TAFE Queensland for more than two decades. When asked how he intended to enjoy the prize, the passionate golfer said he will spend it on his family, a new car, and new golf clubs.

Holey Moley features 96 contestants competing for a $100,000 prize on a supersized miniature golf course, with obstacles and twists along the way. It’s presented by Rob Riggle, Greg Norman, Matt Shirvington, and Sonia Kruger. Following the success of the 11-episode series, Holey Moley will present two specials, one featuring celebrities and another one, for kids.