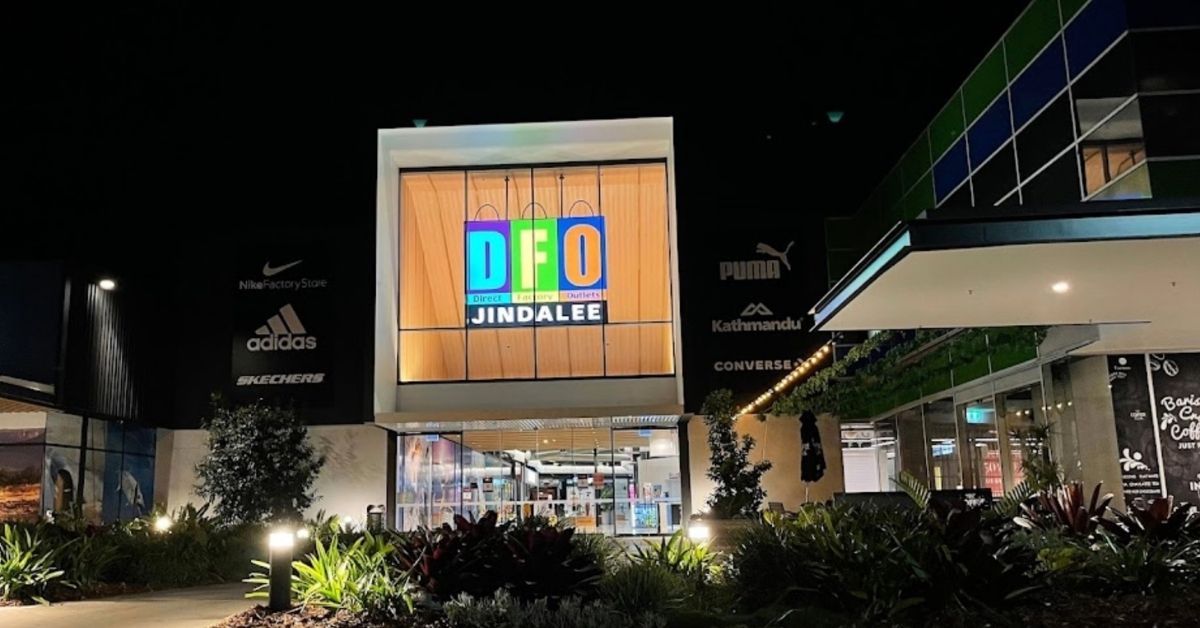 DFO Jindalee has plenty of reasons to celebrate the season following the end of its $15-million redevelopment. Not only has the shopping centre been recognised for a Master Builders Award, it has also achieved fully-leased site status after two years of improvements.

Master Builders Queensland named DFO Jindalee as the winner of the Brisbane Region Master Builders Association Award for Retail Facilities Over $5 Million, which was overseen by Kane Constructions Project Manager David Laycock.  The project won because of its high level of finish and the complexity of the building’s design.

According to Mr Laycock, it was not common to remove the building’s massive roof structure whilst the centre remained operational. With temporary engineering solutions in place, the challenge was to finish the project on time with limited distractions to the tenants.

Mr Laycock said that the judges were quite impressed because of the level of finish delivered to the project. DFO Jindalee manager Jeff Litte is also proud of the outcome because the former outlet shopping centre could now deliver premium choices for its customers.

Construction was conducted in two stages beginning 2019 but Stage 2 of the development, with the addition of Reading Cinemas, fresh food retailer Amazons Family Fresh Markets, and more green spaces and landscaping, raised the value and prestige of the shopping centre.

In September 2021, DFO Jindalee signed up its final seven new tenants to complete the line-up of retail shops, cafes, and restaurants. Establishments like The Yiros Shop, Coco Bliss, Jindalee Cafe, Sushi Paradise, In Tea, BMT Viet, and Noodle Street are set to open in the next few months. They will join long-term tenant Coffee Club, Nike, BCF, Goodlife and more than 50 other shops.