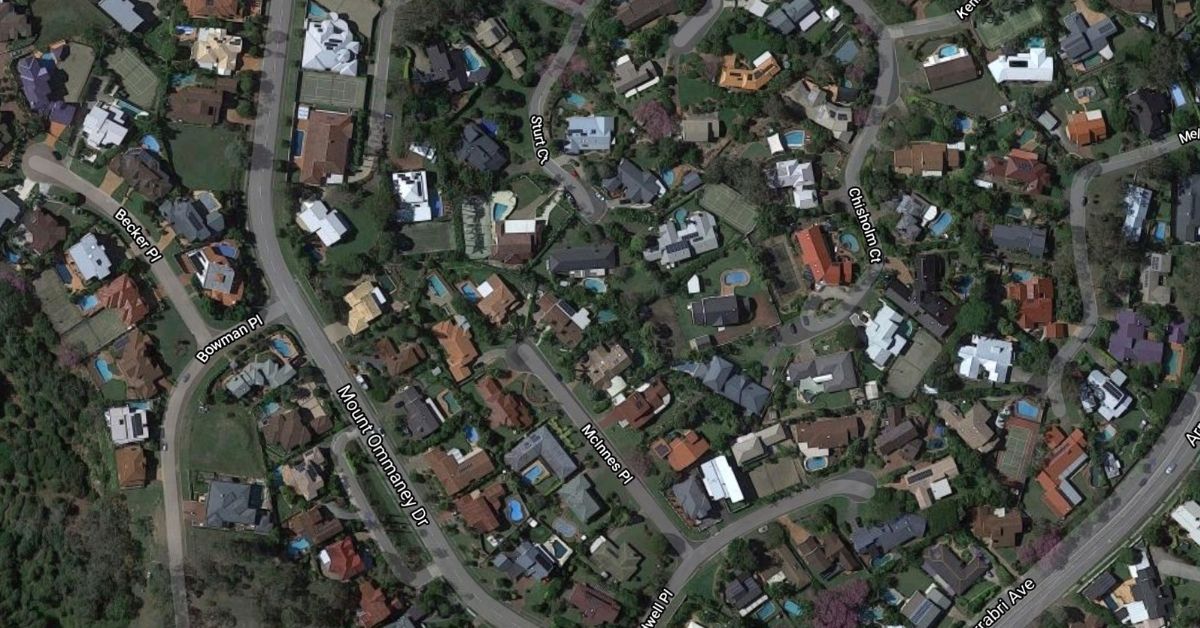 The median house price in Mount Ommaney rose by over 30 per cent during the 12-month period ending September 2021. Mt Ommaney, dubbed the “unofficial retirement community for the moderately wealthy” by locals, is benefiting from strong demand and low inventory, as people spend more time at home and look for larger properties and a suburb offering a more laid-back lifestyle.

According to Property Market Updates, Mount Ommaney experienced a 32.98 per cent growth from October 2020 to September 2021, resulting in a remarkable median house price uptick to  $1,250,000, up from $940,000 in the previous period. Thirty-one homes were sold during this period within an average of 48 days on market. Among these houses sold, 17 of them were five-bedroom properties in the million-dollar range.

Off an elevated section on Becker Place, a five-bedroom house standing on an expansive 1,348-square metre lot pulled the highest sale, changing hands for $1,850,000.

Designed as a modern Tuscan villa, this house has the Mount Ommaney Bushland Reserve in its backyard, the home to kangaroos and many of Australia’s rich wildlife.

The family residence also boasts spectacular views of the city and the McLeod Country Golf Club. Its location is within two kilometres of the Mount Ommaney Special School and Mount Ommaney Centre.

Buyers are seeing the value of houses in the western corridor, where the homes set on larger blocks of land are now more desirable, as buyers look towards more spacious homes outside Brisbane’s inner-ring area.

Mount Ommaney’s unit market, however, has gone down by 1.83  per cent for the period October 2020 to September 2021. Both stock and demand are down, as the median year-on-year remains largely flat. Only 14 properties were sold during this 12-month period with listings going for an average of 79 days.

Granted, the majority of dwelling options in Mount Ommaney are detached homes while townhouses and serviced apartments, mostly for occupancy by downsizers and retirees, make up just under one per cent of the stocks.

Mount Ommaney is located 13 kilometres southwest of Brisbane CBD. Developed as a part of the Centenary Suburbs residential project in the 1960s, Mount Ommaney has attracted residents who love the area’s natural diversity with the Brisbane River by its doorstep.

Dubbed the “unofficial retirement community for the moderately wealthy” by the locals, this suburb has a large, protected forest and stone quarry that both lend a unique beauty to the surroundings. The air and atmosphere around Mount Ommaney’s neighbourhoods deliver the countryside vibe, where residents live in solitude and have much more space to work, live, and play.

However, Mount Ommaney locals also have everything they need within their reach as its sole, massive shopping centre has over 170 specialty shops and some of Australia’s largest chain stores.

“I have lived in Mount Ommaney for 7 years now. I chose it because the homes were on larger blocks and it has a medium sized shopping centre close by with the major department stores. It’s a short drive to Indooroopilly if you are looking for more upmarket shops. The CBD is within 15km. There are good playgrounds, three closeby primary schools including an excellent Lutheran private school.”

“I moved here when new houses were still being constructed, there was no high school, no police station and Mount Ommaney Centre was a strip mall basically with a small Coles. It’s grown up since then. It’s safe, kids still walk to school and ride bikes. The trees have grown to form an impressive canopy which supports an ever expanding assortment of wildlife and birdlife. I’ve seen echnidna in my yard a few times. It is important to identify the streets with traffic noise though. One end of Mount Ommaney Drive is quite busy, the other end towards Jindalee is very quiet. I live in one of the private Courts, it’s so quiet at night that the only thing that disturbs my sleep are the possums running across the roof. Be warned though, lots of trees and vegetation means lots of gardening tasks. If you’d rather not be in the garden, there are other suburbs that might better suit.”