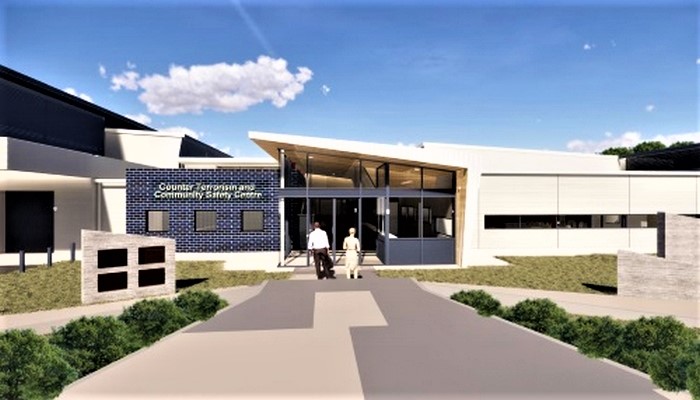 Construction of a new world-class Counter Terrorism and Community Safety Centre located at the 140-hectare Wacol Police Complex has commenced and will be named after former Police Commissioner Bob Atkinson.

The Premier Annastacia Palaszczuk turned the sod to mark the commencement of construction of the $46.7-million Bob Atkinson Operational Capabilities Centre at the former site of the John Oxley Memorial Hospital.

“My Government announced in 2017 we would invest $46.7 million over three years to construct a world-class Counter Terrorism and Community Safety Centre for the Queensland Police Service to ensure they’re equipped with the best facilities and resources available,” the Premier Annastacia Palaszczuk said.

“This will include a multi-function training centre, a scenario village with streetscapes, a service station, private and public transport, a police station and housing, and we’re also constructing a firing range for developing and maintaining weapons-handling skills under a range of conditions.

“It’s a fitting tribute to the long and distinguished career of Bob Atkinson that the centre will be named the Bob Atkinson Operational Capabilities Centre.”

The Counter Terrorism and Community Safety Centre will have indoor firearms ranges; a scenario village; and specialist training areas to increase capability in managing terrorism and other critical incidents.

Police Minister Mark Ryan said that with more than 15,000 daily interactions with the public, often requiring officers to make split-second decisions that may involve the use of force, continual and best practice training, and co-locating of facilities are needed to enable an integrated curriculum to be developed and delivered.

“The new facility is aimed at building operational capability around frontline and tactical officers in responding to all incidents, including terrorist related matters,” Commissioner Ian Stewart said.

“After a 44-year policing career, Mr Atkinson will always be remembered for his dedication to the Queensland Police Service and the work that he has done when terrorism was in its earlier iterations.

“I am very pleased that Mr Atkinson has graciously accepted the offer regarding the proposal to name the new facility in his honour.”