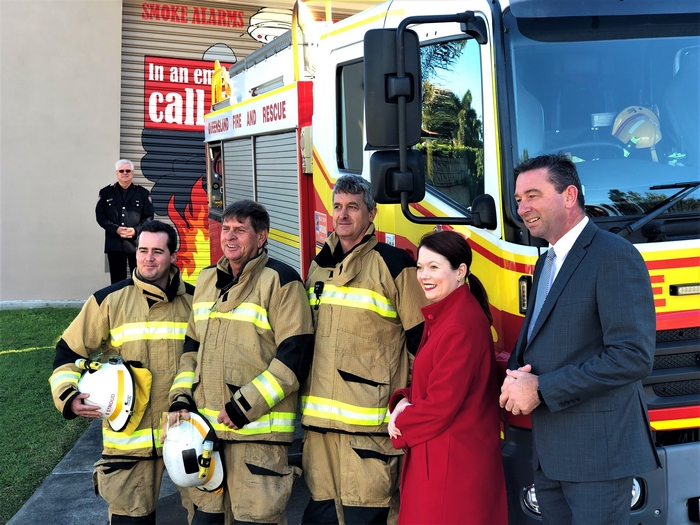 Photo Credit: The State of Queensland (Department of the Premier and Cabinet) 1997-2019 / statements.qld.gov.au

Fire and Emergency Services Minister Craig Crawford and the Member for Mt Ommaney Jess Pugh opened the Mount Ommaney Fire and Rescue Station during a ceremony held on 5 June 2019.

The project is part of the $704-million fund delivered by the State Government towards Queensland Fire and Emergency Services. Key features of the $1.5-million upgrade include a refurbished kitchen, as well as extensions to the exercise and training rooms.

“There have also been extensions to their exercise and training rooms, which will help keep their fitness and skills at peak levels for when they need to respond to emergencies,” Ms Pugh said.

“The upgrades will boost the capacity of our brigade to provide critical emergency services to our community,” she said.

First opened in 1983, the Mount Ommaney Fire and Rescue Station provides primary response to Jindalee, Oxley, Darra, Gailes and all areas in between.

“The Mount Ommaney crew has responded to almost 600 incidents in the past 12 months, of which they were first responders to 350 of them,” Mr Crawford said.

As part of the ceremony, local artist Ms Helen Syron received an Assistant Commissioner’s Certificate of Appreciation in recognition of her work on the mural on the station’s engine bay doors.