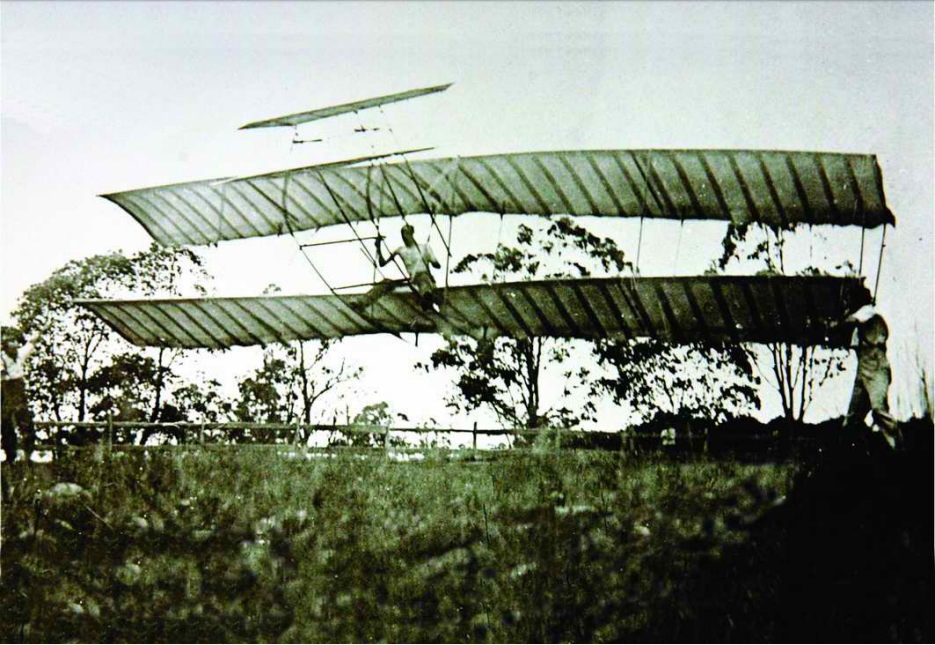 His name is a familiar to people in Sinnamon Park and the Centenary area. A street and a park are named after him. There is even a monument for him in Sinnamon Park so people will never forget his valuable contribution to aviation in Queensland.

Thomas Macleod may be prominent in the Centenary area, but what many probably don’t know is that he was instrumental in giving flight to aviation in Queensland. His historic flight happened on present-day Seventeen Mile Rocks Road in Sinnamon Park, near the monument created for him on Windermere Avenue.

Born on June 5, 1881, Macleod was an aviator, barrister, air force officer and defence forces personnel before he retired as a sheep grazier.

The gentle slopes in the area made it ideal for the flight. Macleod trained on a specially constructed machine and made some tentative flights. On December 22, 1910, after experimenting for a week on a full-sized monoplane, he did some practice to start from a rail of around 32 ft. With the help of two young boys, Cecil and Hercules Sinnamon, Macleod managed to rise before reaching the end of the rail.

After several glides, he flew to a height of 12-14 ft. The glider he used was built according to the Wright brothers’ pattern, except for some alterations, including receding wing tips.

People who watched and observed the experiments marked that day as the start of practical aviation in Queensland. One hundred years after, on December 18, 2010, the memorial at Sinnamon Park was dedicated to Thomas Macleod to celebrate his historic flights on that day.

Macleod was instrumental in developing the field of aviation in Queensland. He formed the Queensland Volunteer Flying Civilians in 1914 where members were trained in the art of aerial warfare using a reconstructed Cauldron at Hemmant. He served in the Royal Flying Corps along with other members of the flying school.

Six months prior to his historic flight, Macleod helped form the first Aero Club in Queensland in June 1910. Following World War I, the club started flight training. In 1920, the government granted them license to carry passengers and do aerial work.

One of his more important actions as director of QANTAS was to establish the airline’s involvement in the original Royal Flying Doctor Service. He was instrumental in providing an aircraft for the aeromedical organisation.

Macleod’s contribution to aviation in Queensland was immense and the monument dedicated to him serves to celebrate his feats. The next time you pass by Seventeen Mile Rocks or the Thomas Macleod monument, remember how this was where Queensland aviation first took flight.