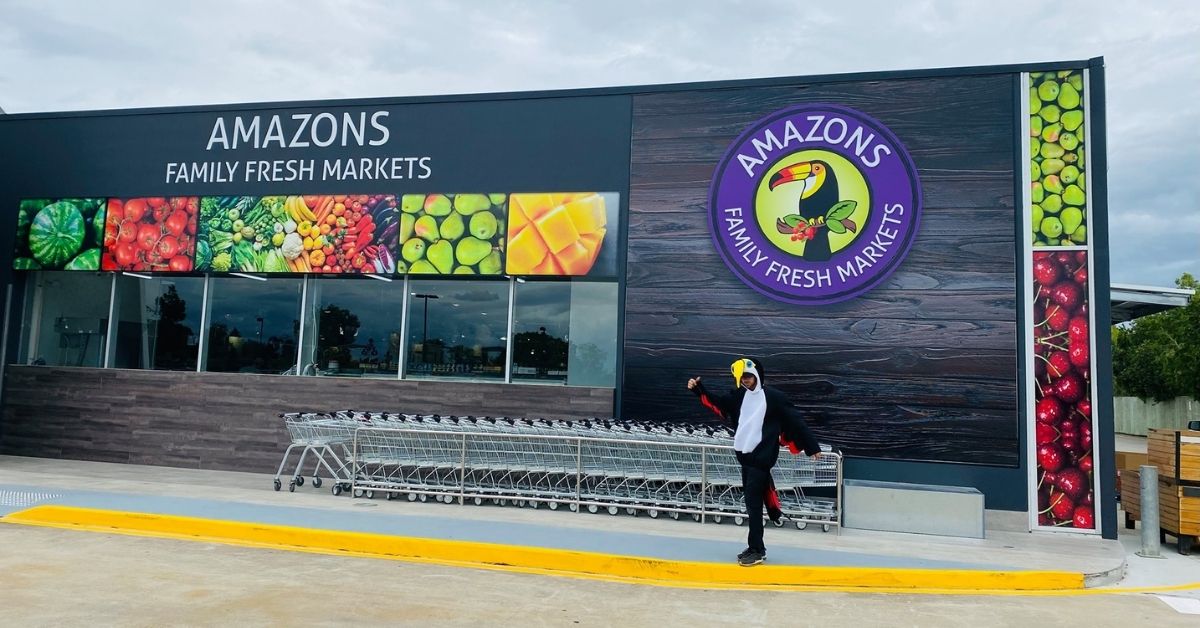 A new fruit and vegetable store has opened at the redeveloped DFO Jindalee site this summer and it’s named after a popular water park that used to be on the property. Amazons Family Fresh Markets is a 650 square metre supermarket offering heaps of fresh produce and pantry staples at reasonable prices.

Led by General Manager Nick Koutsis, the store officially started trading on 10 Dec 2020 with truckloads of fresh food and a selected range of grocery items. It’s open from 8:00 a.m. to 7:00 p.m. seven days a week.

“I was down Coffee Club and saw people walking out with fruit and veg,” one local said a few days following the store’s opening day. “I didn’t know any fruit mart.”

In the 1980s, this site near the Amazons Place Park was known as the Amazing Amazon’s Waterpark, which was frequented by families and groups, especially during the summer.

In 2001, however, the theme park was turned into the Direct Factory Outlet (DFO) that didn’t quite live up to the expectations of the residents until the Wen family took over a few years ago.

Along with the Amazons Family Fresh Markets, DFO Jindalee has retailers like Adidas and Nike, as well as the new six-screen Reading Cinemas, which opened on Boxing Day.

Read: Reading Cinemas to Open Most Advanced Complex in Jindalee