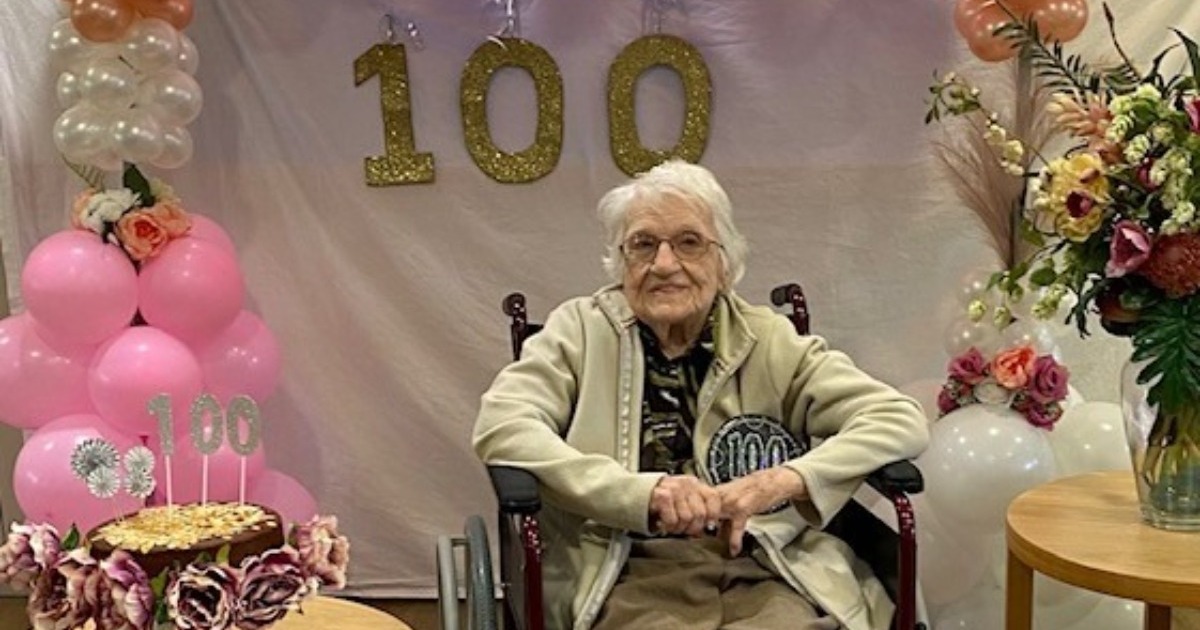 Adeline or simply ‘Addie,’ was born in Gatton as the youngest of seven children. She grew up on a farm at Lake Clarendon in the Lockyer Valley.

One of her fondest memories as a child was riding a pony named Queenie when going to school. During school hours, Queenie would be let out in the paddock and at the end of the day one of Addie’s friends would round the pony up so that she could ride home again.

Addie’s granddaughter Erin shared that her grandma worked on the home farm in Lake Clarendon and at McWhirter’s department store in Fortitude Valley, where she met and married her first husband, Stanley, in 1947. He was based in Brisbane for a short time during the war.

Addie and Stan had one child Ross, and now has three grandchildren and three great-grandchildren.

When Stan passed away in 1987, Addie re-married few years later. The man was Fred, who happened to be her first boyfriend.

“Fred was her boyfriend as a teenager, but they lost contact. They reconnected at a funeral, years later and soon got married,” Erin shared.

Erin shared the two had three years together at Lowood until he passed away but in marrying Fred, she also gained stepchildren and all of their extended family who became like family to them.

After Fred died,  Addie returned to Brisbane and lived in Middle Park, Jindalee.

Erin shared that her grandma loved getting a chocolate milkshake and some chips from a popular fast food chain when they would go out to shop.

“She’s still going strong at 100 years old, and the family joke is that she will outlive us all!” Erin jokes, as Addie celebrates her 100th birthday and looks back at a lifetime of loving and living.