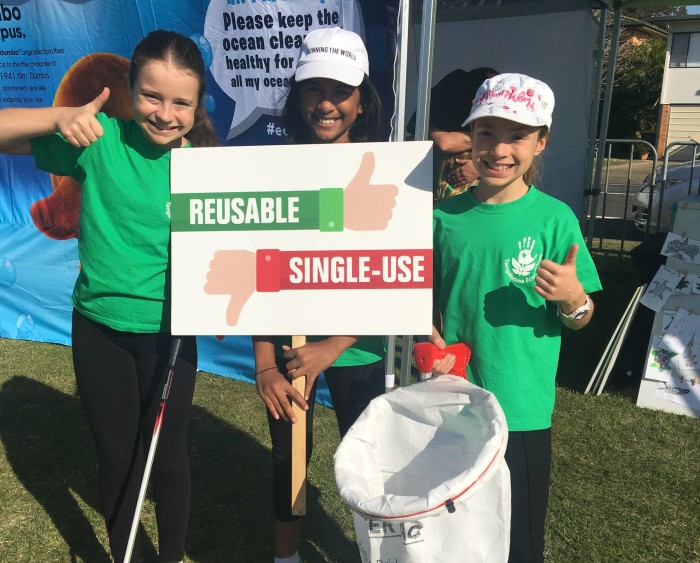 Read: How You Can Help RSPCA Queensland in Wacol Identify What’s Killing Lorikeets

The trio felt a sense of accomplishment after the State Government announced the start of the single-use plastic ban on 1 September 2021. This ban covers single-use plastic straws, stirrers, cutlery, plates and unenclosed bowls, as well as single-use takeaway containers and cups made from expanded polystyrene.

The app is unique for two reasons; it allows users to track their plastic use, and it has been designed specifically with young Queenslanders in mind.

“We began our mission with our Tech Girls App in 2018 followed, it up with our Technovation entry in 2019 and at 10 and 11 years of age and a little misguided we presented our passionate speech to ban single-used plastic at the Brisbane City Council Chambers in front of a full Council in 2019, only to be told we were lobbying the wrong level of government,” shared the girls in a Facebook post. But it appears the girls’ efforts have not gone to waste.

They encourage everyone to visit the Queensland Government’s website to learn more about the ban and how it would benefit individuals, schools, and even businesses.

The girls also thanked everyone who helped them on their journey to pursue their cause, from their supportive parents to their mentors including Ms Jane Batham, digital learning facilitator at Good News Lutheran School and Jenine Beekhuyzen, founder at Tech Girls Movement.

The ban is part of Queensland’s plan to tackle plastic pollution and follows strong support from the community, retailers and industry organisations. Premier Annastacia Palaszczuk said the ban would help reduce single-use plastic pollution by 20 per cent over the next two years.

“Half of all plastics are only designed to be used once. That has led to more than 75 per cent of the waste removed from our beaches being made of plastic,” the Premier said.

“Preventing this rubbish from ending up in our beaches and waterways will protect animals like turtles, which alone have a 20 per cent chance of dying if they ingest just one piece of plastic,” she added.

Premier Palaszczuk said the ban will also help to protect the Great Barrier Reef, along with the $6 billion and 60,000 jobs it supports.

“We know that these measures work. We’ve already seen the benefits of the lightweight single-use plastic shopping bag ban, with surveys showing a 70 per cent reduction in all plastic bag litter since the bag ban began in 2018,” she said.

To learn more about the ban, visit www.qld.gov.au.