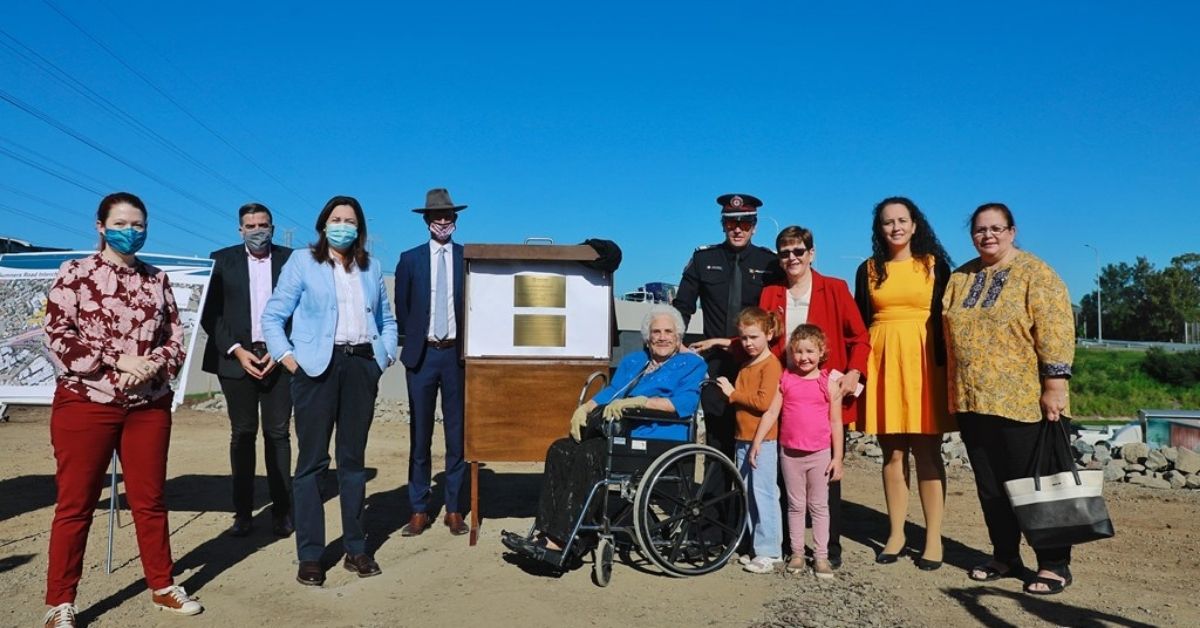 Did you know that $80-million worth of upgrades to the Sumners Road Interchange, have now been completed, six months ahead of schedule? Considered one of Brisbane’s busiest interchanges, it’s now getting a new name as well.

Premier Annastacia Palaszczuk showed in a video post that the Sumners Road Interchange now delivers a smooth ride for the over 35,000 commuters who come from Jamboree Heights, Middle Park, Sinnamon Park, Darra, and the nearby suburbs.

The interchange has been renamed the Len Waters Overpass, after the first Indigenous elite Kittyhawk fighter pilot of the Royal Australian Air Force (RAAF) during World War II. The premier said that Mr Waters’s family members are residents of Middle Park. He raised six children in Inala before he passed away in 1993.

“It’s a fitting tribute and a mark of pride in the local community, especially in the lead up to Anzac Day,” Ms Palaszczuk said.

The Sumners Road Interchange consists of six lanes that remove the traffic congestions in the surrounding suburbs. The upgrades also include a cycling underpass and U-turn facilities that will allow faster and safer travels, especially for the industrial and business workforce.

“We replaced the two roundabouts with signalised intersections, demolished the old two-lane bridge and built two new bridges, providing six traffic lanes in total to accommodate the high volume of traffic,” according to Minister for Transport and Main Roads Mark Bailey.

This project is part of the $26.9 billion infrastructure investment of the State Government in the next four years, and a much-needed response in the time of COVID and the looming population growth of Queensland.

During the course of the upgrades, 105 jobs were fulfilled and several businesses were tapped to supply the concrete and asphalt needed to complete the roads.